CNC General Info – The Basics You Should Know

CNC stands for Computer Numerical Control. A CAM program and computer take digitized data, which are used for automation, monitoring, and controlling machine movements. Machines can be milling machines, welders, water jet cutters, lasers, grinders, lathes, stamping machines, robots, and some kinds of machines. For bigger industrial machines, computers are on-board dedicated controllers. However, for more hobbyist kinds of machines or with retrofits, computers can be external PCs. CNC controllers work together with series of motors as well as drive components to control and move machine axes, which execute programmed motions. On industrial machines, there’s a sophisticated feedback system, which adjusts and monitors the position and speed of the cutter constantly.

There are numerous small model maker hobbyist style desktop CNC units. Generally, these are less rigid, lighter weight, less precise, less expensive, slower than some industrial counterparts, yet could do well for machining the objects out of the softer materials including wax, foam, and plastics. Other desktop machines might run lot like printers. Some would also accept the G-code as an input. Several industrial standard desktop machines exist with some dedicated controllers to do precise small work.

It actually refers to the use of different software packages to make NC code and tool paths to run CNC controlled machines based on 3D CAD data. When these 2 are used together, it’s referred to as CAM/CAD. CAM doesn’t run the CNC machine. It only creates the code that the machine follows. It’s also not an automatic operation, which imports CAD model as well as spits out the right NC code. CAM programming including 3D modeling requires experience and knowledge to run the program, developing strategies for machining, and knowing what operations and tools to use in every situation to get the best results. While there are programs that inexperienced users can get started without experiencing complication, there sophisticated models that would take investment in money and time to be proficient.

This is a special simple computer language that CNC machines may execute and understand. Such languages were developed originally to program the parts directly at machine keyword without the help of the CAM program. They also tell machines what moves to perform and control some machine functions.

Generally, CNC machines can have some movement axes and such movements can be either rotary or linear. Most machines have these types. The cutout machines like water jets or lasers have 2 linear axes, which include X and Y. Usually, the milling machines have at least three axes and could have some rotary axes. Milling machines with 5 axes are one that have 3 linear axes and 2 rotary, enabling cutters to operate in full 180 degrees hemisphere.5 axis lasers exist too. Robot arms could have more than 5 axes. 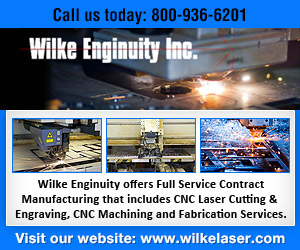